Now. Where was I?

I think I was in the middle of knitting something a month or so ago, then stopped for some reason. Oh right. I moved. Again. (Have I mentioned I'm never moving again? Ever?)

Last weekend, I was finally able to do something I haven't been able to do since well before Christmas.

I brewed a pot. 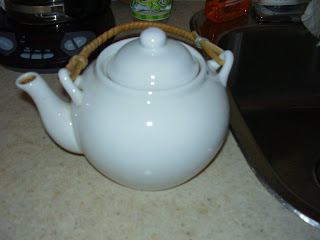 And pulled out a project that would require some amount of concentration on my part. 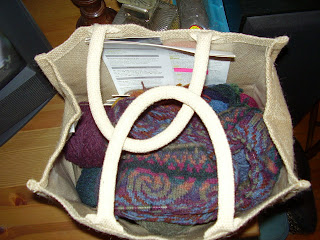 I scooched Atticus further down the couch. 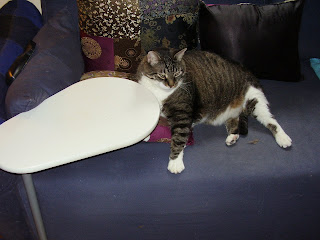 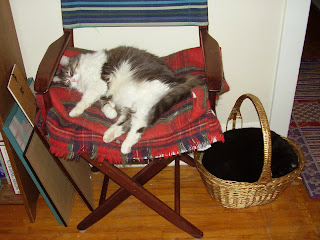 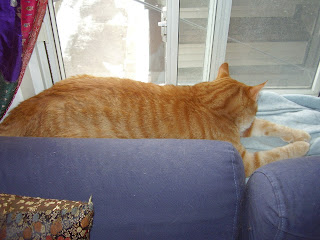 (That's Malcolm's new favourite spot, on the window sill right behind the couch. He can watch the squirrels without too much exertion.)

And so I parked myself on the couch, kept the remote close by, watched TV and knit.

Wonderful, because being the creature of habit that I am, I was able to reassure myself that everything is as it should be. I missed being able to work on my knitting, in particular the more involved projects.

Not to say I've been doing nothing. I've managed to work on some socks, and some stocking stitch stuff. As I was unpacking things, I realized that I have approx. 592 winter hats, and only 4 pairs of mitts. What's more, I seem to have lost a pair of "everyday" mittens that I'd made a few years back that I could wear with 2 of my winter coats. I'm sure they'll turn up in a cupboard or buried in a snowbank in the back yard at some point.

So, I whipped up these guys: 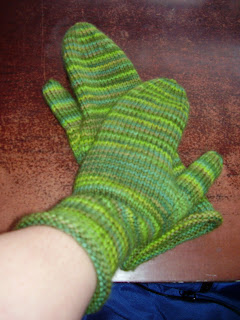 Using some Blue Face Leicester Aran wool from Fleece Artist that I picked up dirt-cheap from The Naked Sheep before it closed down. It was actually a thrum kit for mittens, but thruming is probably only second to intarsia for knitting techniques that make we want to vomit. I used my standard mitten pattern, and decided to do a flare cuff instead of a ribbed one.

I'm very happy with the results. And the colour! I don't know if I would have necessarily even looked at that particular skein had it not been on sale, but I'm glad I did. I love the finished product.

Yay me! And yay for getting back to normal. 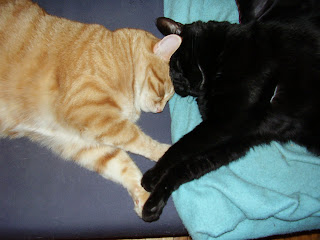 What is Tetley Bold?

Yeah you! I love the color and love the mittens. What is your standard pattern? Thanks for sharing the kitty pics!!! too cute :)

Normal is good. Agreeance on thrums and intarsia - bleargh. Love the mittens, and that last pic of Malcolm and Gandalf.

If hats had thumbs, you'd probably only have four of them instead of 592. ;)

Glad you're getting back to normal!

Tetley Bold is good, but have you ever tried Taylors of Harrogate Yorkshire tea? We prefer the "Yorkshire Gold" version - strong but smooth - if you know what I mean.

Little heart kitties! They're so cute.

Did I hear you mention you were never moving again before? But good luck this time!

I love the last photo with the kitties heads touching. They are adorable.

I've not tried Tetley Bold yet. I'll have to look out for it.

Glad you are settling in! The mittens are lovely and I can't wait to see the progress on Donegal (off to the VY site to contemplate that one - they should pay you a commission I think).

I'm happy for you that you are getting back to normal enough for some tea and knitting. Hope that you can relax and enjoy your new place!